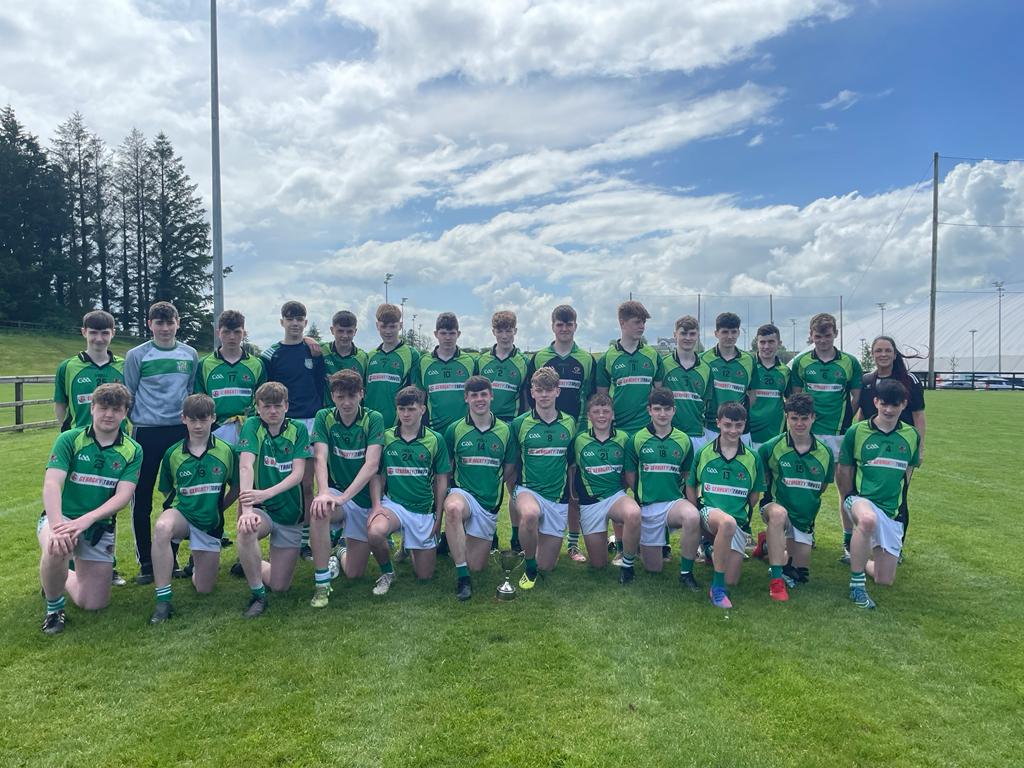 Dunmore Community School travelled to the Centre of Excellence on Monday 16th May to play St. Josephs of Foxford in the Connacht Final. Both sides had to wait a while for this match as both teams had players involved with County U17 campaigns.

Dunmore playing against a stiff breeze in the first half played with great composure and used the ball more effectively than their opponents. Jack Jordan’s fine goal sparked Dunmore into life. All was going well for Dunmore and in the space of five minutes they lost Finian Cronin to a black card and then lost one of their captains in Robert Heneghan to injury. Christopher Donelon’s  kickouts against a stiff breeze were excellent throughout and kept Foxford at bay. Dunmore led by 8 points at one stage, but Foxford scored two goals to close the gap. Foxford finished the half well, but Dunmore still had a three-point advantage heading into the break.

The second half was a great advertisement to football with both teams moving the ball quickly and giving the big crowd much enjoyment to watch in a very entertaining game. Foxford threw everything at Dunmore but some resolute defending from an excellent full back line of Dylan Connolly, Oisin Cloonan and Finian Cronin kept their scores to a minimum. Dunmore wasted some scoring chances in the second half, but this didn’t matter as the end result was getting over the line. Dunmore finished with two late scores to finish the deal.

If there was ever a day when teams win together rather than individuals it was today. All Dunmore players had outstanding displays, but word of mention must go to their Captain Colm Costello who finished with a score line of 10 Points, but it was his work rate and leadership that shone through most, especially after losing his fellow captain earlier in the first half. The skill levels of centre back, Ruairi Walkin and midfielder, Niall Heneghan was a joy to watch. They displayed some of the finest fielding that will match anything that will be seen on our screens this summer. Up front Costello was the main scoring threat but was ably assisted with the tireless work rate of Barry Murray, Jack Jordan and Padraig Martyn.

Each member of this panel deserves huge credit as they won the County B Championship and now eventually a Junior C title after a long wait. Credit to Ms. Grehan for taking the boys at short notice and persisting with them. The improvement in such a short few months has been amazing. Out of the 16 schools in the competition Dunmore is the smallest in population but it just shows if effort and commitment are given what can be achieved. 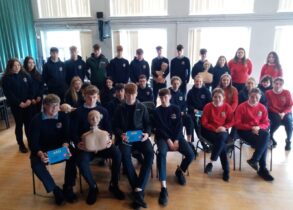 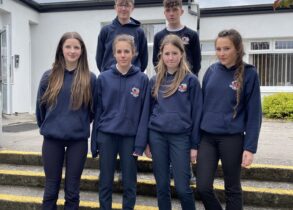