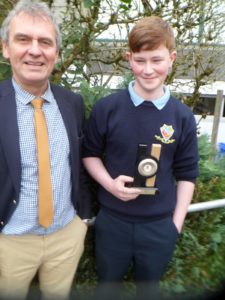 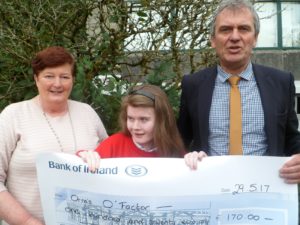 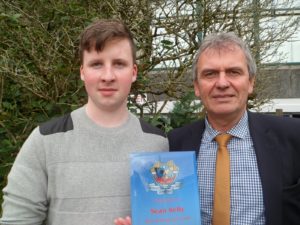 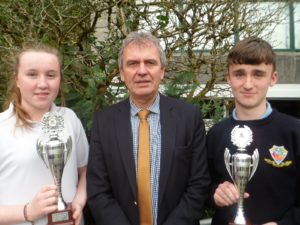 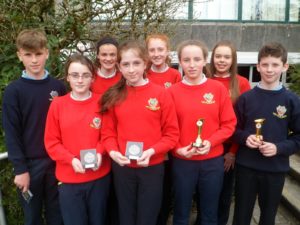 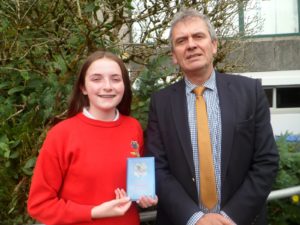 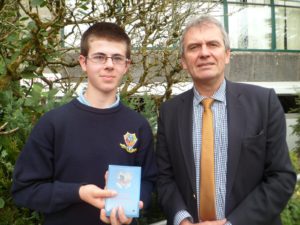 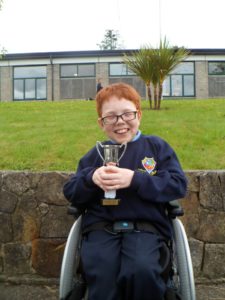 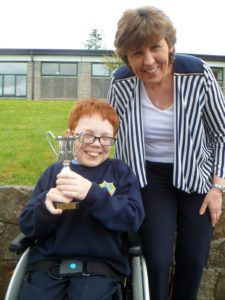 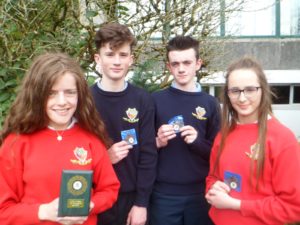 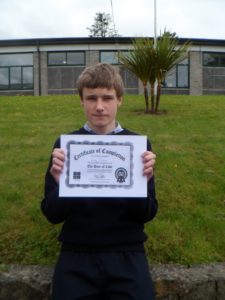 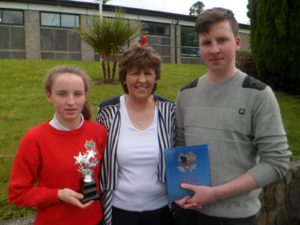 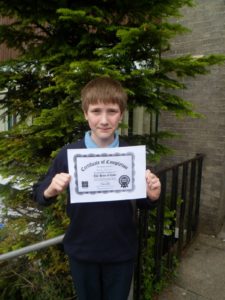 Pascha Saman wins an award for the Coding Challenge 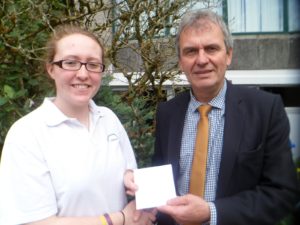 Lauren Diskin, Chairperson of the Student’s Council makes a presentation on behalf of the students to Gay McManus in appreciation of his time as Principal of Dunmore Community School 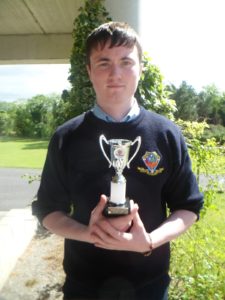 Adiós amigo – We will miss you