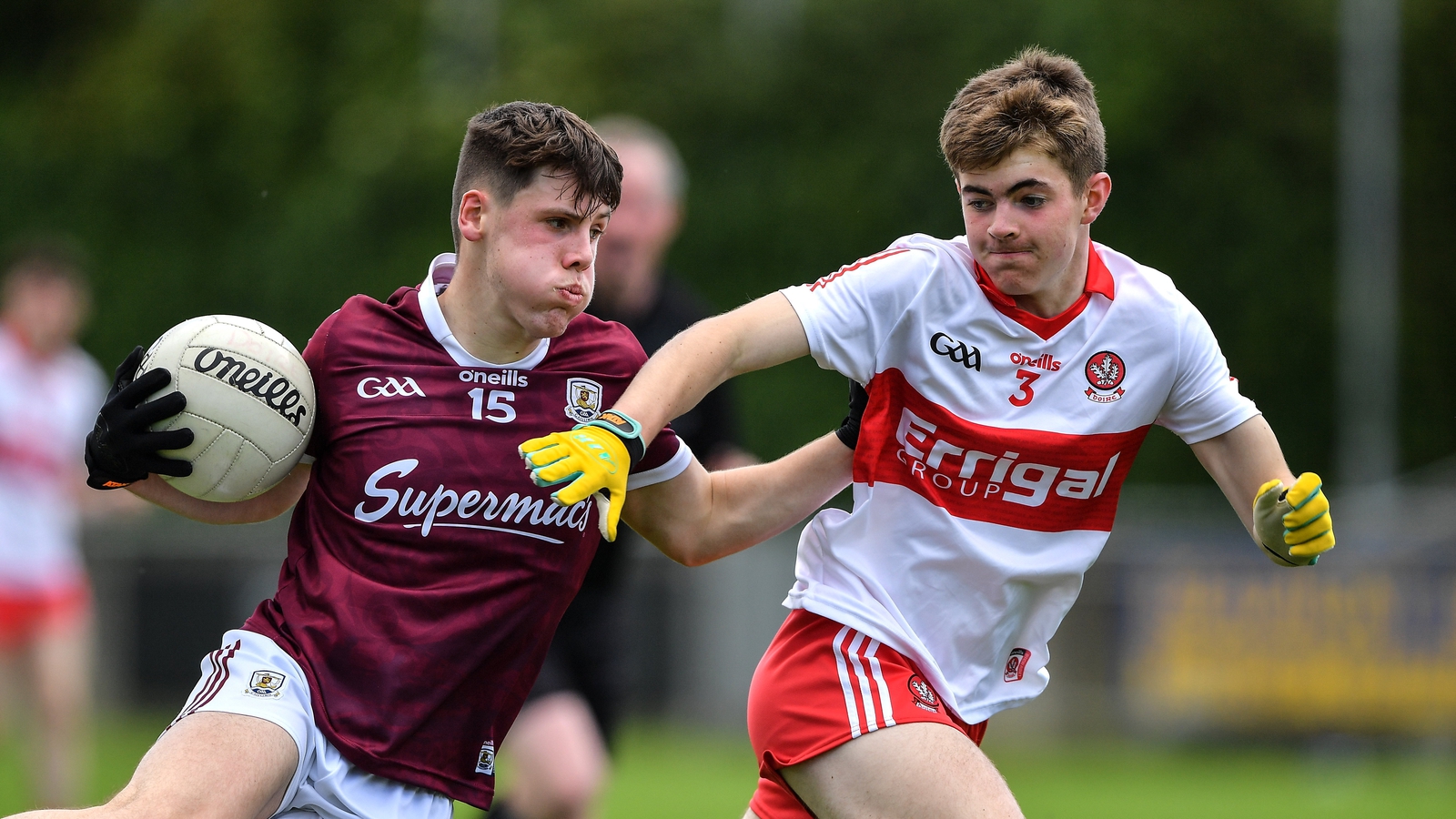 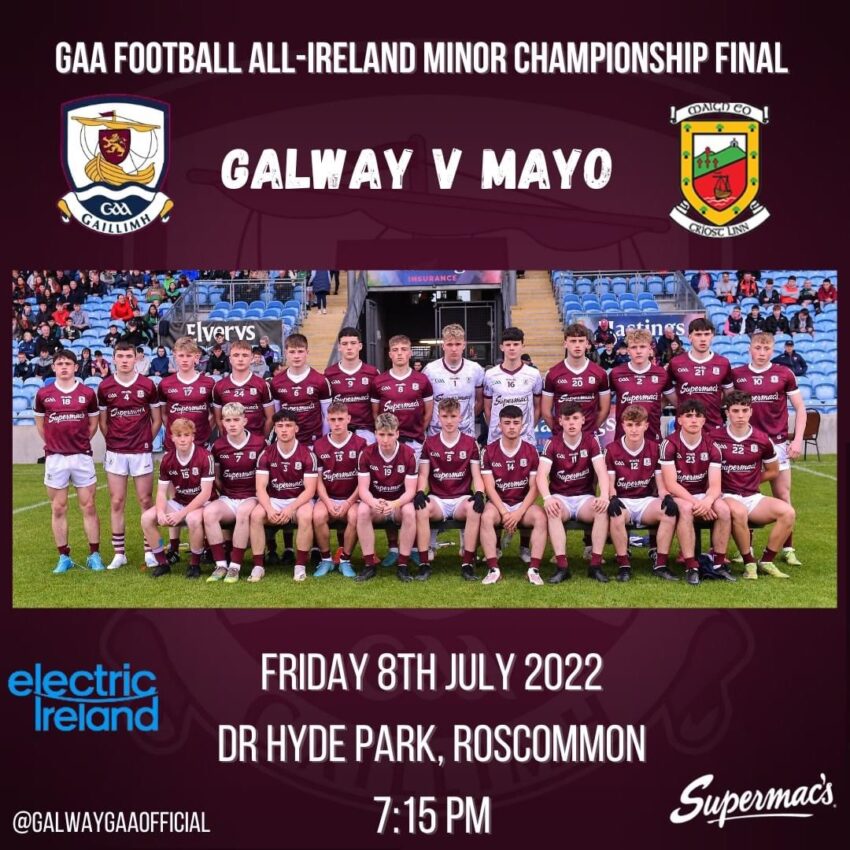 We wish Colm Costello (Transition Year) & the Galway Minor team & management the best of luck in the All Ireland Minor football final on Friday.

The All-Ireland Minor football final will be held at Dr Hyde Park in Roscommon, as Galway and Mayo do battle to see who will be crowned champions. [Throw-in, 7.15pm].The sides will be squaring off again after previously meeting in the Connacht final where Mayo prevailed with a six-point win earlier this month. Galway rallied from that defeat to overcome Dublin and Derry to book a spot in the All-Ireland decider. Colm put in a Man of the Match performance against Derry scoring 1-04 on the day. There will be extra-time and penalties on the night to determine a winner if necessary.

Galway are aiming to win the All-Ireland minor championship for the first time since 2007.Our former student Damien Redington was a star on the day scoring the crucial goal to win the final.

We are very proud of Colm and his achievements to date and hope that he & his team win the title on Friday. 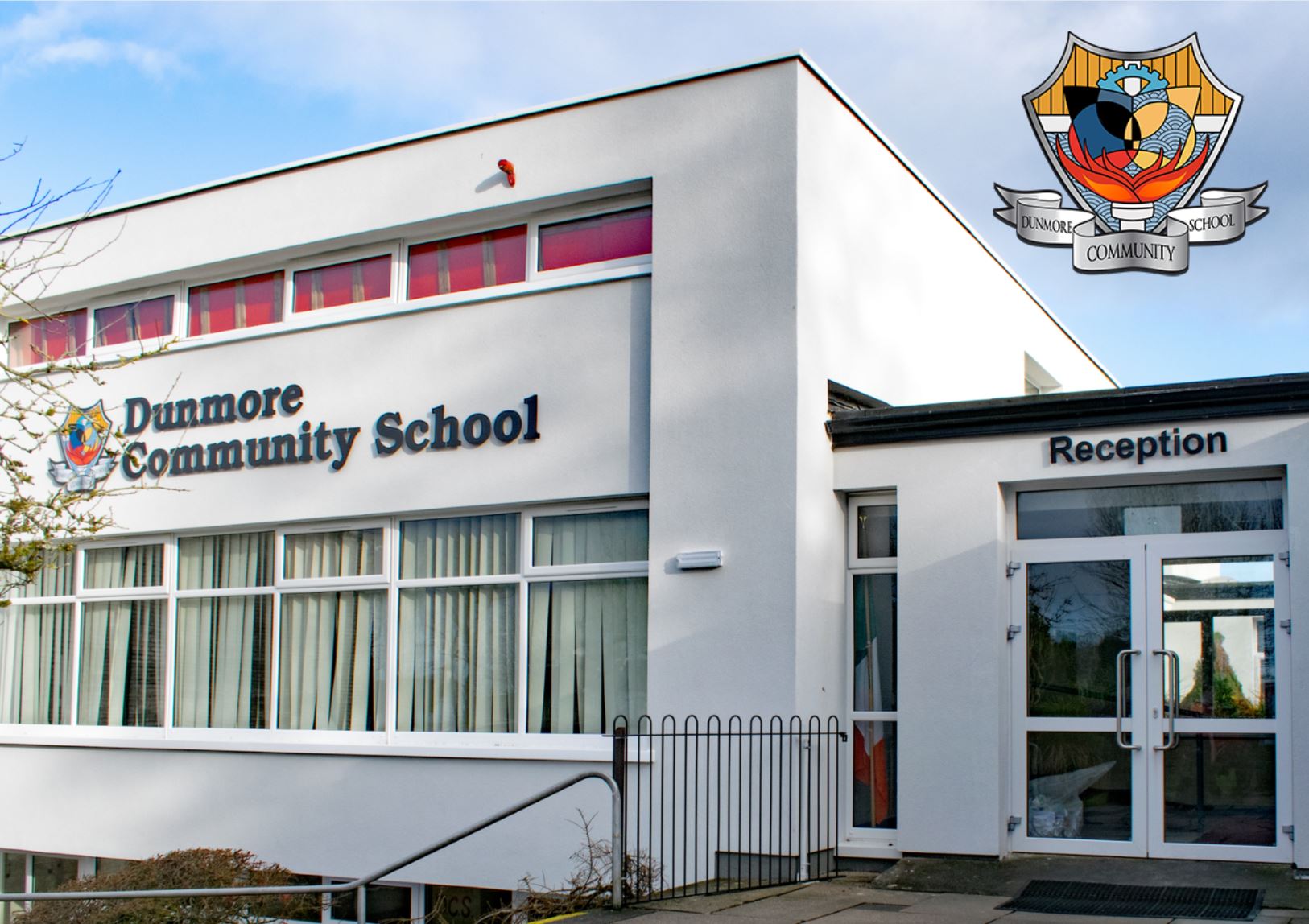 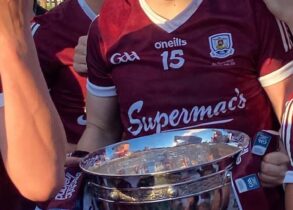 All Ireland Glory for Colm