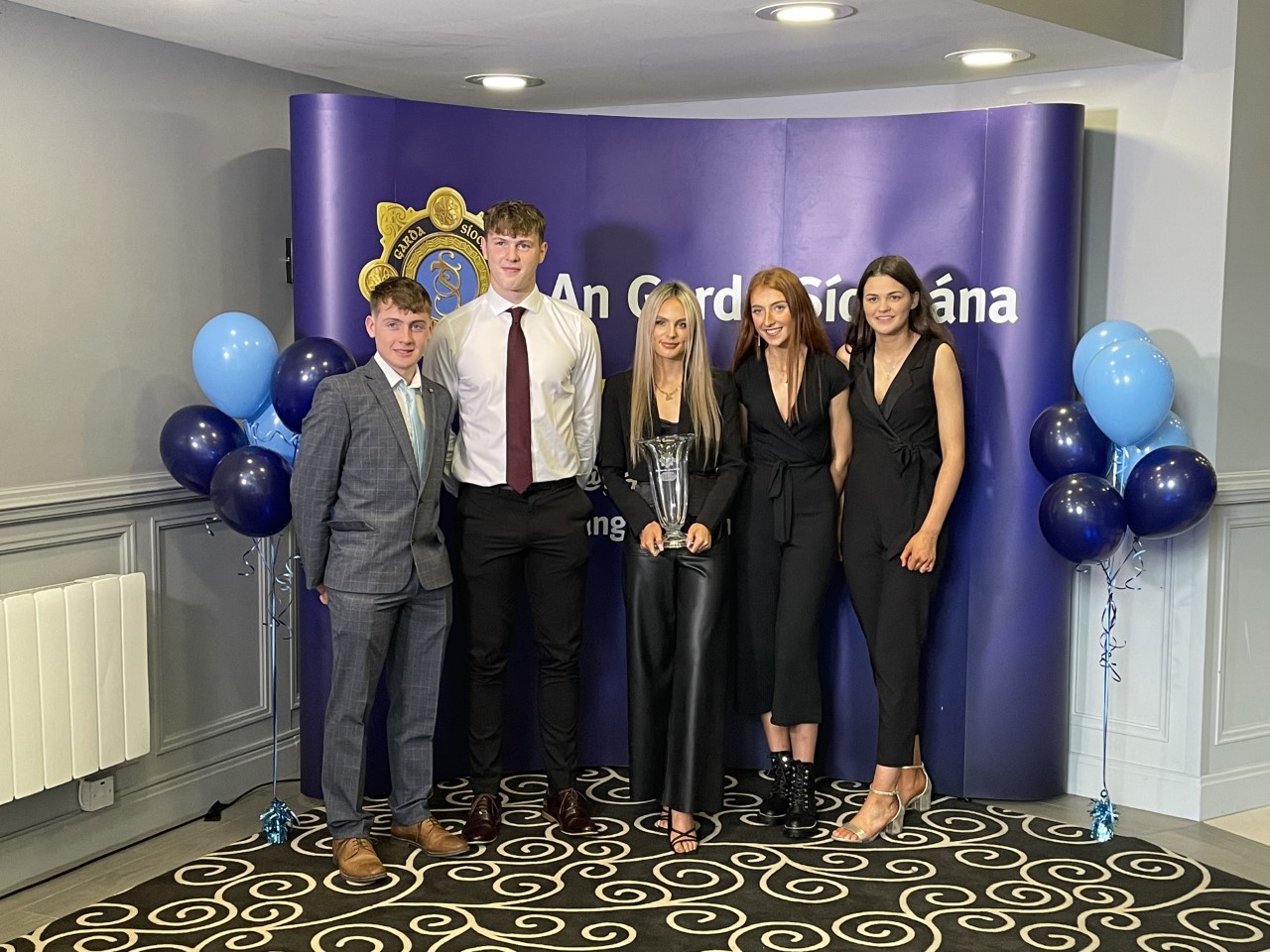 It was a very proud day for our school when our students from the What About Me? team received a National Garda Youth Award for their contribution to society. The group produced a booklet which was written by Katie Heneghan for siblings of people with Special Needs. Molly Martyn was the illustrator of the booklet. Niamh Nestor, Dylan Coleman & Tomas Ronayne formed the production team. The booklet has received huge praise from many sectors such a parents, professionals, teachers, Tusla and charities such as The Jack and Jill Foundation. The booklet continues to sell on their website wam.dunmorecs.ie. The presentation was made by Olympian Gold medalist Kelly Harrington and RTE presenter Marty Morrisey. The group spoke on Virgin Media News and were interviewed by RTE. The group were nominated by their mentor Ms. Grehan for the Galway Youth Awards which they received recently in Supervalu Tuam. They were then selected from all the counties in Ireland for the National Youth Award. The Garda Youth Awards are Special Awards for Young people between the ages of 13-21 years.