We aim to ensure that our students aspire to reach their full potential.

I believe it is important to have a balanced education. We strive for high results and have high expectations of our students, but we also value the benefits of being involved in sport and extracurricular activities.

“Dunmore Community School is a co-educational school where we strive to create a caring environment in which the growth of the whole person takes place, and where we strive to respond to the needs of our students, staff, parents and the local community.”

In Dunmore Community School, we aim to provide an inclusive and comprehensive post-primary education open to all the young people in our community. We believe in a rounded education whereby students are taught life-long skills.

We are very proud of our high academic record and all our past pupils’ achievements and accomplishments. I look forward to working with all of our stakeholders in the years ahead, striving for high standards in our school and building for the future. 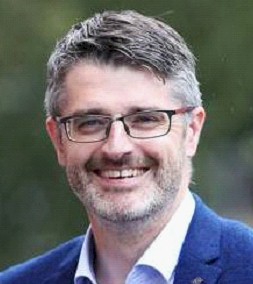 As Principal of Dunmore Community School, it gives me great pleasure to welcome you to our school website; I hope you find it informative and a true reflection of life in our wonderful school.

The Community School is situated on the site of the Incarnate Word College. The original building was upgraded and a modern new extension was added; this work was completed in 1999. The new facilities were officially opened by Mr Michael Martin, Minister for Education and Science on November 29th 1999.

During the Summer of 2019, the school was chosen as a Pilot School for a comprehensive deep energy retrofit. The 1966 building was completely overhauled with new energy efficient windows and doors, new piping and radiators and 200mm external insulation to reduce heat loss. The whole school was refitted with an energy efficient gas heating system and thermostats to control the heating. We also had 19 solar panels installed to reduce our daytime electricity usage, and all our external lighting was replaced with LED to reduce night time usage.

Dunmore Community School is a Co-Educational school where we strive to create a caring environment in which the growth of the whole person takes place, and where we strive to respond to the needs of the students, staff, parents and the local community.