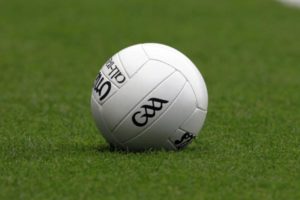 Dunmore Community will be contesting there 3rd final in four years after overcoming Colaise Iascaigh in their semi-final. The end score line does not suggest how tough a battle this was. The game itself was played in wonderful fashion where both teams played an attacking style. It was tight enough early on as both sides were getting to know each other. Dunmore led after 12 minutes 5 – 1, but Iascaigh replied with four unanswered points to leave it all square at 5 -5. The introduction of Jake Slattery for the injured Dylan Brady seemed to put more pressure on the Iascaigh backline. Dunmore received a penalty just before half time and was brilliantly dispatched by Brendan Carr. The score line at half time was 1-7 to 0-6.

Dunmore started the second half strong and led by eight points after a wonderful goal by Shane McGrath. Some crucial turnovers turned into some good pointing scoring for Dunmore. In a game where 20 players their part in Dunmore win it’s hard to pick out any specific players because it was a team effort that got Dunmore over this battle.